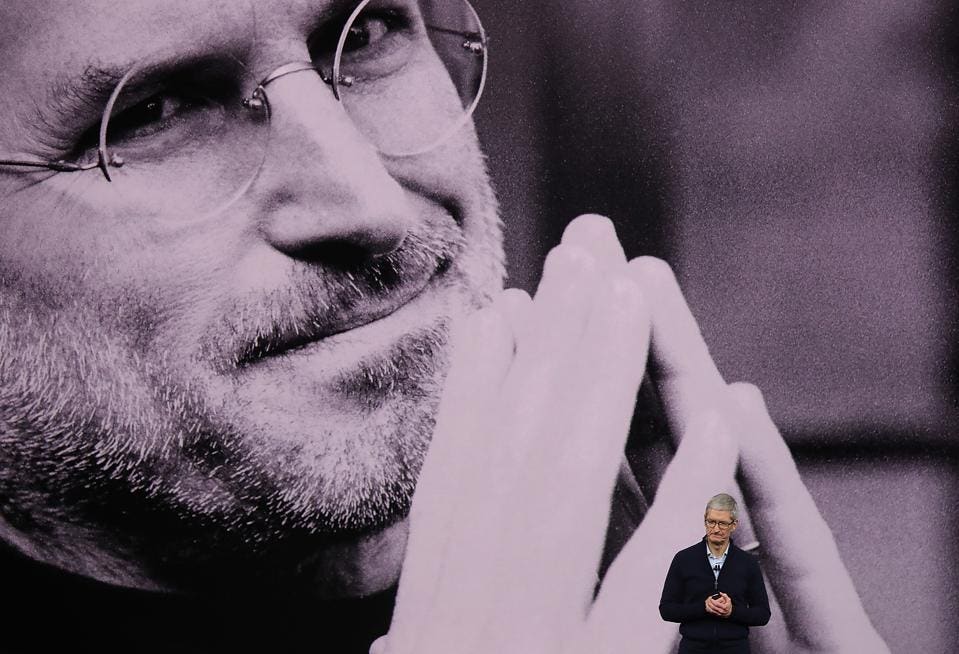 It’s easy to forget that Apple’s path to its $1 trillion valuation was nearly derailed when the company was running out of cash. Steve Jobs asked one profound question that got it back on track.

In my keynotes about inspirational leadership, I often show a grainy video clip of Steve Jobs holding a small staff meeting in 1997. Jobs had returned to Apple about eight weeks earlier (he had been fired in 1985). Apple had 90 days of cash left in the bank. The future looked bleak and few people gave it a chance to survive, let alone go on to become America’s first publicly-traded company to hit $1 trillion in market value.

The video shows Jobs dressed in his trademark black turtleneck, but wearing shorts instead of blue jeans. He’s delivering an intense and passionate message to a small group of employees. The passion he showed and the question he raised would inspire his team to dig their way out of the hole.

Focus on the gems

On September 23, 1997, Jobs told his staff that Apple had eliminated some 70% of its product line. “It’s way too much stuff,” he said. “Apple has drifted away from doing the basics really well. We’ve focused on 30 percent of the gems.”

Then, Jobs explained why he had chosen to slash the product offerings. It all started with a profound question: “Who is Apple and where do we fit in this world?”

What we’re about is not making boxes for people to get their jobs done—although we do that well. But Apple is about something more than that. Apple’s core value is that we believe people with passion can change the world for the better. Those people who are crazy enough to think they can change the world are the ones who actually do.

Jobs announced that Apple would no longer advertise its “speeds and feeds,” and instead communicate how the products would benefit their core customers—the crazy ones, the square pegs in the round holes.

This video should remind us that passion is, indeed, the foundation of everything. You cannot inspire a team unless you’re inspired yourself. But it’s not enough to ask, “What are we passionate about?” That’s a good question, but not good enough. Steve Jobs taught us that inspiring leaders ask deep, meaningful questions about a company’s core purpose. Ask yourself and your team the following questions:

What drives us every day?

What makes our hearts sing?

How do we help our customers achieve their dreams?

What is our core value?

What do we stand for?

What is our place in the world?

These questions lead to insightful answers that can play a major role in how a company communicates its core mission.

I don’t study average leaders. I study inspiring ones. Inspiration, by definition, means “eliciting a fervent enthusiasm” in your listeners. Here’s the catch—you cannot ‘elicit enthusiasm’ unless you’re inspired yourself. Identify your passion by asking yourself the right questions. When Steve Jobs returned to Apple after a 12-year absence, Apple was floundering. He sat down and asked himself, “What do I want people to know about us?” You might not start a $1 trillion company by asking the right questions, but you’ll be far more successful than you’ve ever imagined.

I am a keynote speaker, bestselling author, and communication advisor for leaders at the world’s most admired brands. I’ve written nine books that have been published in more than 30 languages. My new book is Five Stars: The Communication Secrets to Get from Good to Great…

Carmine Gallo is the author of Five Stars: The Communication Secrets to Get from Good to Great. He is a keynote speaker, Harvard instructor and wrote “Talk like TED” and “The Storyteller’s Secret.”