Food & DrinkI cover what we eat through farms, producers and grocery stores. 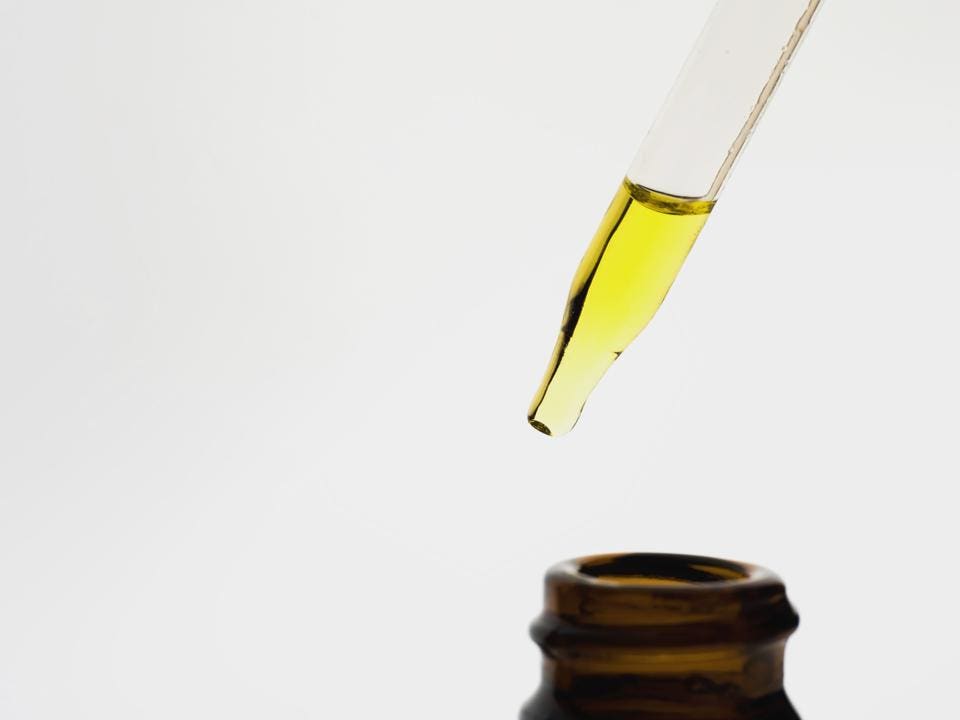 Despite the delay in this year’s farm bill, one thing is clear: hemp and hemp-derived CBD is likely to become federally legal in the U.S.

Hemp, CBD and the FDA

Sen. Mitch McConnell has advocated for removing hemp from the list of Schedule I controlled substances in the upcoming farm bill. 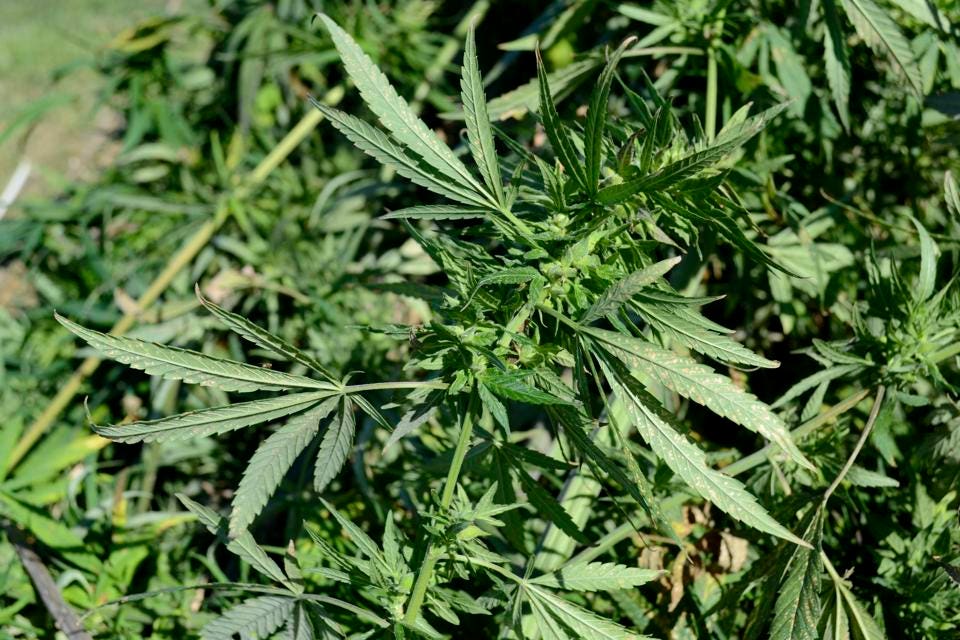 This is a hemp plant cut down at a University of Kentucky farm near Lexington, Ky. In 2014, North Dakota’s Agriculture Department launched a research program to help determine whether industrial hemp could be a viable commodity in the state. (AP Photo/Dylan Lovan, File)ASSOCIATED PRESS

He championed for the provision in the 2014 bill that distinguished industrial hemp from marijuana, based on tetrahydrocannabinol (THC) content. This made it legal to grow and study hemp through agricultural programs and universities.

Industrial hemp is considered any part of the cannabis plant with no more than 0.3 percent of THC on a dry weight basis, according to the National Law Review.

The 2014 provision will be repealed, allowing even wider growth of industrial hemp. Nineteen states grew more than 25,000 acres of hemp in 2017, a 163 percent increase since 2016, according to the Non-GMO Report.

Still, the FDA currently considers all CBD a drug — and an illegal food ingredient. Hemp seed oil has been deemed “Generally Recognized As Safe” (GRAS), but the FDA needs more scientific evidence for CBD.

In June, the FDA approved Epidiolex, a CBD treatment for epilepsy, and the US Department of Justice and the Drug Enforcement Administration (DEA) cleared it for prescriptions in September, classifying it as a Schedule V substance. It’s currently available by prescription in all 50 states.

The CBD market will likely grow 40 times its current size by 2022, according to a report by Brightfield Group.

For CBD companies, federal legalization is great news. But how will they prepare, and what do they hope to see?

Leila Mafoud is founder and owner of Green Witch, a CBD company based in New York, with a current popup at Canal Street Market. She studied global public health before discovering CBD’s benefits. 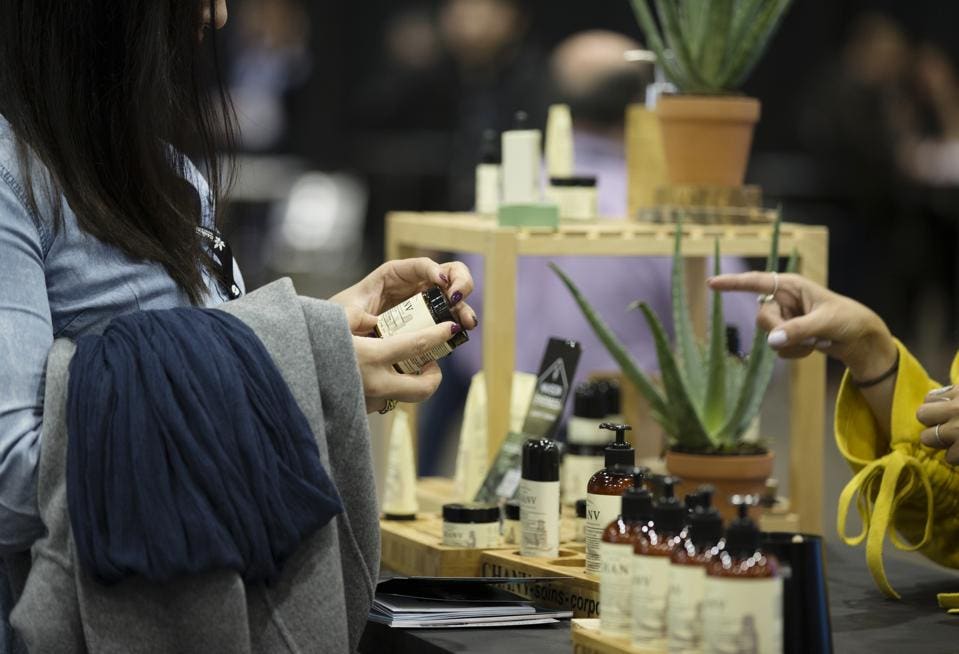 An attendee browses hemp oil skin care products at the Chanv booth at the Montreal Cannabis Expo in Montreal, Quebec, Canada, on Friday, Oct. 26, 2018. The Canadian cannabis industry wrestled with sky-high demand after legalization in October, with growers frustrated at the length of time to get licensed. Photographer: Christinne Muschi/Bloomberg© 2018 BLOOMBERG FINANCE LP

CBD binds to different receptors than THC, delivering pain and anxiety relief without psychoactive effects, according to a recent McGill University study. It’s lauded for fighting pain and anxiety and administered through tinctures, which can be added to food and drink, lotions and creams and other beauty products.

“We are making the same compound as the plant, which is why we’re so receptive. That’s one of the most important facts about how this all works,” Mafoud said. “It’s the reason why the pharmaceutical companies are open to it.”

Though Green Witch been well-received in New York City, Mafoud has seen some hurdles. Facebook and Instagram have removed ads. Getting print ads has been difficult. Payment processors for credit cards have been removed, and bank accounts have been closed.

“The time, the effort and the exhaustion that that’s taken obviously has been a huge barrier to business, more than just the geographic location,” she said.

But she’s inspired by NYC’s enthusiasm for natural wellness and engaging with customers, especially since CBD is a form of medicine or prevention, she said. She asks customers to share feedback once they’ve tried their products, and all feedback is recorded. Her CBD-only products are available online.

“I love meeting people and actually connecting with them in person, but nobody in 2018 can turn their back on online sales and how much that can actually cause your brand to grow,” she said. “I would be very excited to sell more online. The moment I know everything I’m selling is federally legal, I’m really going to be pushing online and focus my efforts there.”

Brittany Carbone, founder of Tonic, a CBD company, also owns a hemp farm, Tricolla Farms in upstate New York. She worked with Cornell as part of New York’s Industrial Hemp Research Initiative and saw the value in controlling her supply chain, she said.

Like Mafoud, Carbone also experienced issues with credit card processors and bank accounts due to the current CBD laws. With legalization comes better access to these crucial sources, which could be a great opportunity for farmers, she said.

“The industry is becoming restrictive to people with deeper pockets,” Carbone said. “It’s an industry that they see to be very lucrative, whereas this could be something that really revitalizes the cultural economy of upstate New York, [giving] opportunities to farmers who are struggling and can’t make ends meet.”

Cindy Bencosme, founder of Terrestrial Roots, started creating tinctures and salves for herself, her husband and friends before launching the company one year ago. With legalization, she looks forward to discoveries of new ways to grow and use hemp.

“It opens a whole new bottle of opportunity,” Bencosme said.

But despite a sunny horizon ahead, she wants a more inclusive industry.

“It’s something we have to come back to every time we’re talking about the industry: the people in prison that were arrested for things relating to cannabis,” she said. “People are really interested in this green rush we’re having with hemp and with cannabis, and I think that it’s great, but it has to be more inclusive.”

I am a food writer based in Brooklyn, where I’ve written for Brooklyn Magazine, Paste Magazine, The Journal News and others. I love telling stories of the people behind our food, especially outside the restaurant world. I love cooking, food history, nutrition, the psychology…

Share It
0 Comments
Why Is CBD Everywhere?
January 9, 2019 0 Comments
Steve Jobs Asked One Profound Question That Took Apple From Near Bankruptcy To $1 Trillion
December 5, 2018 0 Comments